MongoDB is a document-oriented NoSQL database, used as data backbone or a polyglot member for many enterprise and internet-targeted systems. It has an extensive querying capability (one of the most thorough in NoSQL realm), and integration is provided by most of popular application development frameworks. There are challenges in terms of flexible scaling, but it’s a great product to work with once you come to terms with some of the nuances (you need patience though).

We’re using MongoDB as an event store in a AWS deployed financial data management application. The application has been optimized for write operations, as we have to maintain structures from data feeds almost throughout the day. There are downstream data consumers, but given defined query patterns, read performance is well within the defined SLA. In this blog, I’ll share some of the key aspects that could help improve write performance of a MongoDB cluster. All of these might not make sense for everyone, but a combination of a few could definitely help. MongoDB version we’re working with is 3.0. 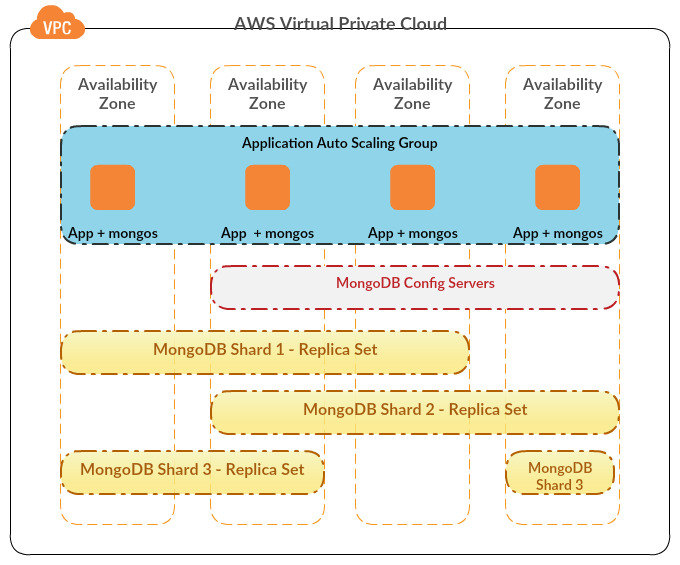 There’re other general and non-intrusive ways to improve overall performance of a MongoDB cluster, like increase memory (to reduce read page faults), use SSD for data volume, or increase disk IOPS (should be employed if cost and infra limits permit). What we’ve covered above are specific MongoDB provided features, which can be played around with, provided there’s appetite.

Hope this was a wee bit helpful.